ReFLEX Smile, the gentle method of eye correction, has been approved in Germany since 2008. Meanwhile, it is one of the most common treatment methods at Lasik Germany. It is even more gentle than Femto-LASIK, as it does not require a flap. Here you can find everything about the gentle eye laser treatment procedure and discover which types of visual impairment it is suitable for.

Safe and gentle: ReLEx Smile can correct various severe visual impairments – such as astigmatism up to -5 dpt and short-sightedness up to -10 dpt. This is more than Femto-LASIK can correct, which is able to correct up to -3 dpt. astigmatism and up to -8 dpt. short-sightedness. The ReLEx Smile procedure is also suitable for people who suffer from very dry eyes or who have a thin cornea. 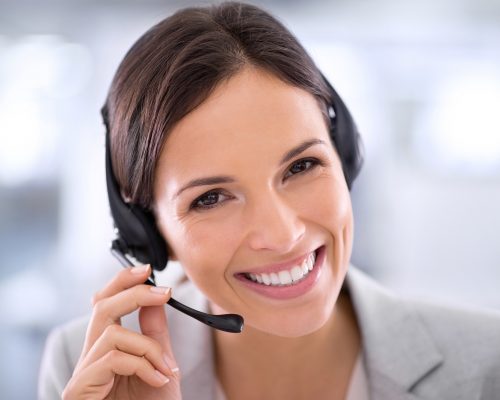 *Free of charge from the German landline and mobile network

This is how the ReLEx Smile treatment works

Most laser eye treatments use a flap. This involves an incision in the cornea which is flapped open to one side. The ReLEx Smile process does not need to do this, as the laser incision is only very small. This is possible because it uses the VisuMAx laser. The modern device allows extremely precise 3D incisions.

It is this laser which helps to extract the lenticule from the inside of the cornea. This involves a tiny, wafer-thin disc which can be used to correct the visual impairment: before the procedure, a decision is made as to precisely what shape and size the lenticule should be.

It is therefore a minimally invasive procedure: as the opening in the cornea is only two millimetres in size (compared to the 20 millimetres that the Femto-LASIK requires), irritation is minimal. The procedure is therefore particularly well tolerated, and recovery is faster than with other methods of laser eye treatment. This means that the after-care time is also shorter.

The Femto-LASIK is performed safely and routinely; it is THE standard laser eye treatment procedure. ReLEx Smile involves an improvement which makes laser eye correction accessible to an even larger group of people.

If you are interested, we would be happy to give you advice without obligation – simply make an appointment to find out everything about the method and the costs involved.

The eye is put under less strain
The ReLEx Smile procedure involves a corneal opening of just two millimetres, rather than the 20 millimetres with the LASIK procedure. The stability of the cornea and also lacrimation is barely impaired.

No flap necessary
Although the LASIK operation rarely results in complications caused by the flap, with the ReLEx Smile procedure it never occurs because the small incision makes the flap superfluous.

Suitable for dry eyes
The keyhole technology with the very small incision ensures that the cornea remains significantly more stable and the lacrimation is barely affected, unlike with LASIK.

For patients for whom laser eye treatment was previously not possible
Some patients are not able to receive eye laser treatment with the conventional procedures: either their eyes were too dry, their cornea was too thin or their visual impairment was too severe. The ReLEx Smile method can, for example, treat short sightedness up to -10 dpt., while LASIK was only recommended for a maximum of -8 dpt. Thin corneas are also a reason not to recommend LASIK. The ReLEx Smile treatment, however, is possible from a thickness of at least 480 micrometres because the tissue removal remains superficial and the stability of the cornea remains intact. The nerves in the upper layer of the cornea which regulate the flow of tears remain largely intact. This ensures that there is a significantly lower risk of the eyes becoming dry after the operation. ReLEx also rarely gives the feeling of a foreign body in the eye, since it lasers the inside of the cornea.

Is there a minimum age for the ReLEx Smile eye laser procedure?

Is the severity of visual impairment allowed to change before the treatment?

No, the severity of the visual impairment should have been stable for around a year before treatment. We are happy to check this for you.

When will I be able to see in focus again?

Just one day after treatment, you should usually be able to see 80 to 90 per cent of what you were able to see with your visual aid. Within three days, your vision will be completely in focus.

Genuine complications are extremely rare since our hygiene and quality standards are very high. To ensure that the result is as expected, it is important that patients stick to their doctors’ directions and adhere to the drop regimen they are given. It is also important that all follow-up appointments are conscientiously observed. Possible accompanying systems of the laser eye correction are normally harmless and short-lived – these are easy to treat until the eyes have fully healed.

When am I allowed to visit the sauna, go swimming or apply makeup?

You should completely avoid applying makeup to the eyes, visiting the sauna or going swimming for three to four weeks, and after that begin it in moderation. Endurance sports, on the other hand, may be restarted after two weeks.

How much do the ReLEx Smile procedure treatments cost?

The costs per eye are around 2,400 euros which can be paid, for example, in instalments.

due to the current situation, the form
for online appointment allocation is temporarily deactivated.
Please use the contact form for the time being,
so that we can get in touch with you quickly.

Thank you very much for your understanding.

Oops! We could not locate your form.